Well, before I get on to what’s next, first a reflection on the months since April. It’s been too long since I last posted any running news. In part that’s because there was relatively little positive to say, running-wise, but that’s now starting to change.

The week after my “not the Boston Marathon run”, the plantar fasciitis that had grumbled away quietly for several months, not really troubling me except when I first got out of bed and quickly dispatched by some exercise, suddenly rebelled and went from a quiet grumble to a loud scream, leaving me in 24-hour pain and barely able to stand.

I adopted the “rest it and wait for it to get better” approach for a while, but quickly realised that was going either to take forever or going to be unsuccessful, so eventually I made a video appointment with a physio (face-to-face appointments being unavailable due to Covid). Technology (apparently at his end) let us down for the first appointment, and we did it by phone, but I was underwhelmed, and when the second appointment was with someone else who wasn’t well briefed and who I struggled to understand, I went elsewhere.

The next option was telephone-only, which nearly put me off – it’s not that I wanted particularly to see the face of the physio, but a second-best to a physical examination would be video so they could see where I was pointing to rather than relying on my descriptions of whereabouts on my foot I was being troubled, and have my hand virtually held while I get the motions of the exercises right. But Diane inspired a lot more confidence in her, and I stuck to her prescription of a variety of stretches and exercises, and initially more rest – or at any rate not running or walking, so the bike has come out as much in the last few months as in the last 25 years put together.

I was then authorised to run for 10 minutes three times a week, and 3 months on, I’m still supposed to stick to three times a week, two of them for 30 minutes and the third gradually longer. In practice, I’ve done a little bit more than that the last two weeks but one or two runs a week are with Lucy and so at a fair bit slower pace and putting somewhat less strain on my foot.

The foot pain has diminished significantly, though hasn’t gone yet, but Diane is confident we’ll get there – and now has me doing what seems a huge slew of exercises daily to strengthen my feet. Meanwhile I’ve recently seen another physio, Rosie, in connection with some minor shoulder pain – the only person I’ve been near for a prolonged period indoors other than Lucy for almost five months. I also got Rosie to have a look at my PF and she was happy with where I’d got to and the actions I’m taking with Diane, and was likewise confident about an eventual return to pain-free feet. 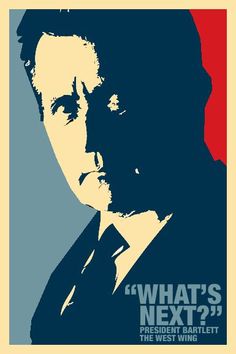 So, what’s next? More physio-instructed exercises, more focus on losing some of the excess weight – I gained 8kg in lockdown and was overweight before that, so there’s a long way to go.

I’ve entered a virtual race, called the P12, on 24 October, which involves running a mile every hour for twelve hours, keeping friend Catherine (virtually) company. I’ve run 12 miles plenty of times, but a run every hour will present new challenges. A part of me wants to run each of the 12 miles somewhere different, but that might be starting to get silly and I could end up spending most of the day in the car.

The return of parkrun and parkrun tourism remains a long way off. While the risks of outdoor transmission remain low, it’s going to struggle to justify its return without significant mitigation measures that don’t fit well with its model. But I keep a small part of me living in hope that one day it will be back. Initially parkrun and then parkrun tourism have brought joy to many a Saturday morning, kept my running fresh and interesting, got me visiting friends and travelling to runs with Lucy, all of which I now miss greatly.

Lucy has been engaged with the Tourist Virtual 5k and (not)parkrun from more or less the start, whereas I’m a later arrival with my period off not able to run 5k.

The real UK Boston Marathon continues to plan for its postponed September running, with the sorts of Covid mitigation measures that are practical for a race of that type and size. I’ve deferred until April 2021 because of my PF and associated lack of training, so have about four months to get my feet back in tip top shape ready to start gradually ramping up the distances in training.

Meanwhile, I set a post injury 5k PB on last Saturday’s (not)parkrun of 26:31. It was really encouraging as the pace and stamina are returning as the weeks go by, and a sign that I haven’t lost as much fitness as I’d feared. It’s still more than 3 minutes off my overall PB, but for what it’s worth the running calculator app on my phone says that Saturday’s pace was equivalent to a few seconds over 23 minutes if I can reach my target weight, so most of the gain I’m looking for will come from weight loss and only a modest amount from regained fitness.

My “2350” goal of a sub-23 minute 5k and a sub-50 minute 10k is currently further away than when I dreamt it up, but despite that remains realistic. I’ve been fairly close to both before and if I get the fitness and the weight control right at the same time, will beat both of those times. Something to keep in mind when the will power wilts in the weight control effort.