The chunky entry fee for Sunday’s  London 10 Mile run included “free” photographs. Most of my 18 are actually of other people entirely or I’m barely visible.

But two are reasonable photos, at 5 and 10 miles… 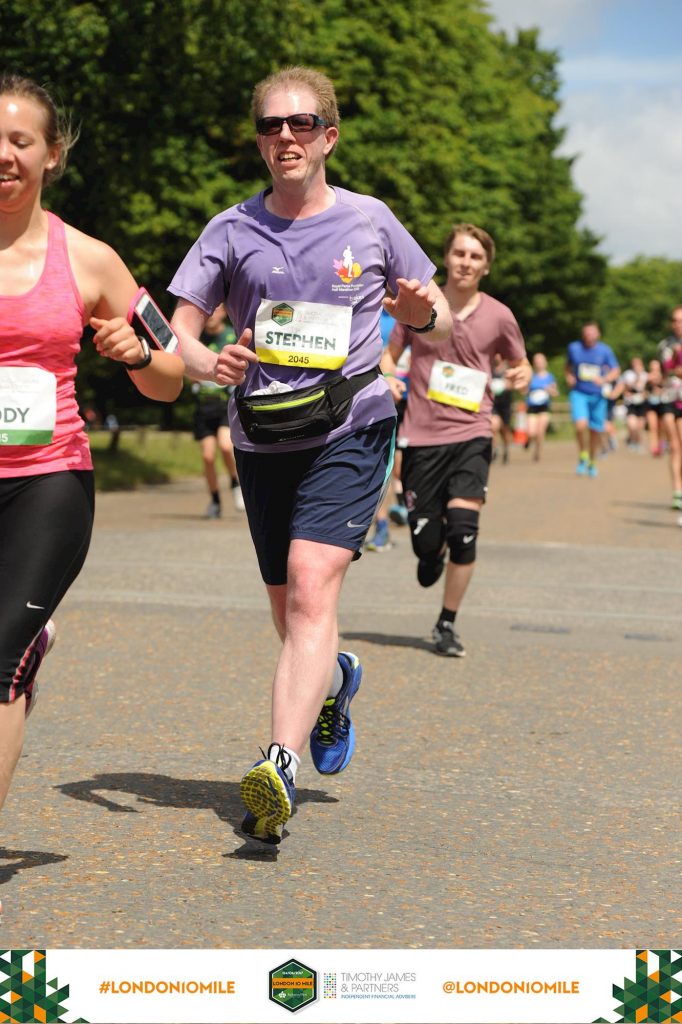 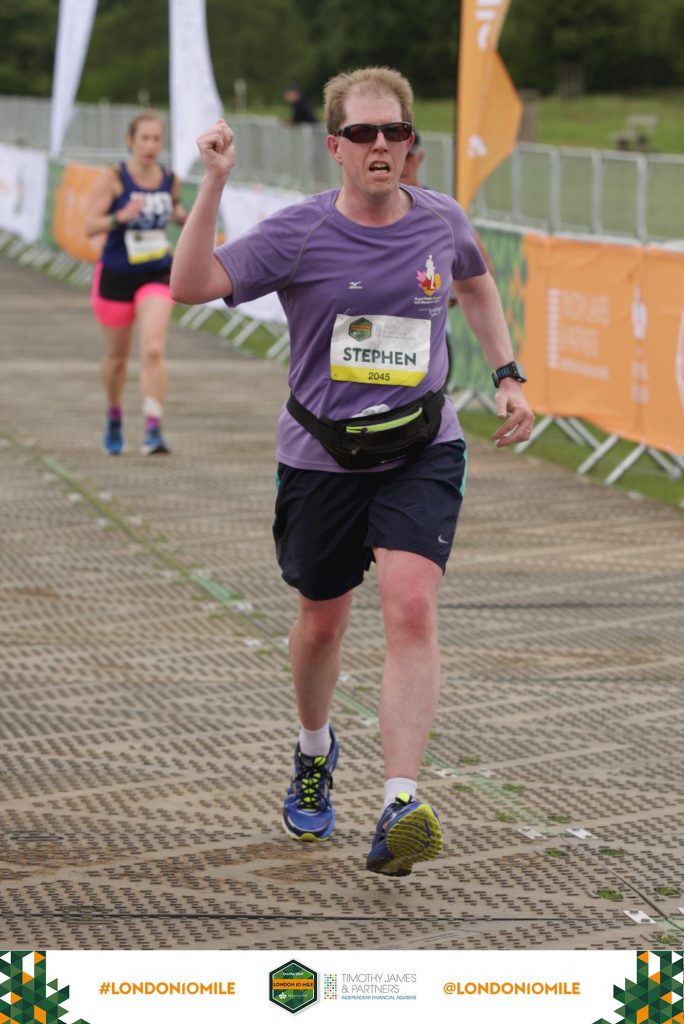 The official results put me in 1086th place (based on chip time), about 34% of the way through the field, my best relative position in a long race, helping me put things in a bit more perspective.

By a curious coincidence, I was 1086th across the start line too, which all sounds very even and satisfactory, but my two halves were uneven, the first being 43:30 and the second being 45:20, and it’s those lost 110 seconds that are annoying me. I was 972th at 5 miles, so I overtook a net 114 people in the first half and was overtaken by a net 114 people in the second half. That latter was particularly dispiriting.

My mysterious benefactor who had unwittingly spurred me on at several points is now identified as Harriet Kiddy, and I’ve been able to thank her via Strava. She in turn thanked me – she’d been chasing me for a few miles: great to hear that I’d been a little help to her too, and it added a further little cheer to the post-event analysis.

Looking further ahead, one analysis of the London Marathon course has ascent of 54 metres, about a third of the London 10-Mile, and almost all of it very minor rises: no hills!