I ran 35km this morning on the High Peak and Tissington Trails in the Peak District, starting from Middleton Top. (The photo shows a wagon at the top of Sheep Pasture Incline and the engine house which used to pull the wagons up the 1:8 incline). This was my longest run yet, done in 3h38. Despite overcast weather it was a glorious run in beautiful scenery. There were a few spots of rain but nothing that amounted even to a shower; there was some lying snow remaining from drifts in one cutting, but otherwise I saw none all day. 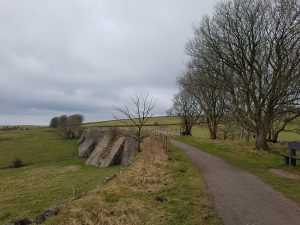 Lucy and I and the dogs have been spending the Easter weekend in a cottage in Wirksworth, and Lucy drove along the route, stopping from time to time to cheer me on, walk the dogs several times, and provide me with supplies – great fun (for me, anyway)!

The benefits of large-scale crowd support are well known, but even a solitary cheerer is still both uplifting and distracting. 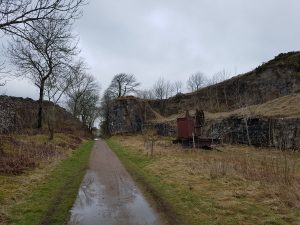 I had the route almost to myself for the first half: indeed I saw 1 walker, 2 runners and 7 cyclists in the first 10km. But by the time I got to 30km, I stopped counting – at that point I had 92 walkers, 24 dogs, 6 runners and 100 cyclists, and the total would rapidly have increased after that – the last couple of kilometres were on the verge of getting tedious with people walking four abreast on the path and oblivious to other users (me!). 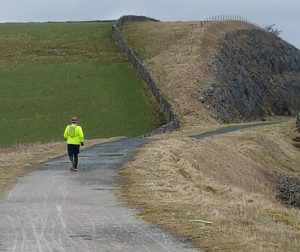 I was very pleased with how it went, and if it hadn’t been increasingly busy I might have considered doing a little more since although I was tired I definitely had more in the tank, but this was plenty as a training run and to give me further confidence for the full 42.2km.

Within the constraints of access to the route and what I could ask of Lucy, nutrition was very close to marathon day. I took my Camelbak with some water, but didn’t use much of it, so in comparison to the big day, I was carrying a little more weight than I will be. 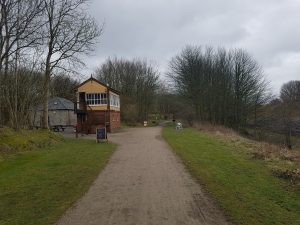 I aimed at 6:15/km and overall managed 6:13/km, which was great, with the last mile being the second-fastest. It must be noted that the last 10km were slightly downhill, which definitely takes the edge off the effort, so this isn’t directly comparable with a flat race. It leaves me full of confidence at the prospect of the full distance, but still very unsure how fast I should aim at running. I am going to attempt a marathon-pace 15-miler next weekend, to see how I get on: if I can do that on still moderately tired legs, without complete nutrition, with a bit of up and down, without crowd support and the uplift of the day, then I can do that pace for 26 miles a fortnight later.

I was tired afterwards, but not unreasonably so, and went out again in the afternoon to do some walking and exploring.

Now the taper starts for London in three weeks.