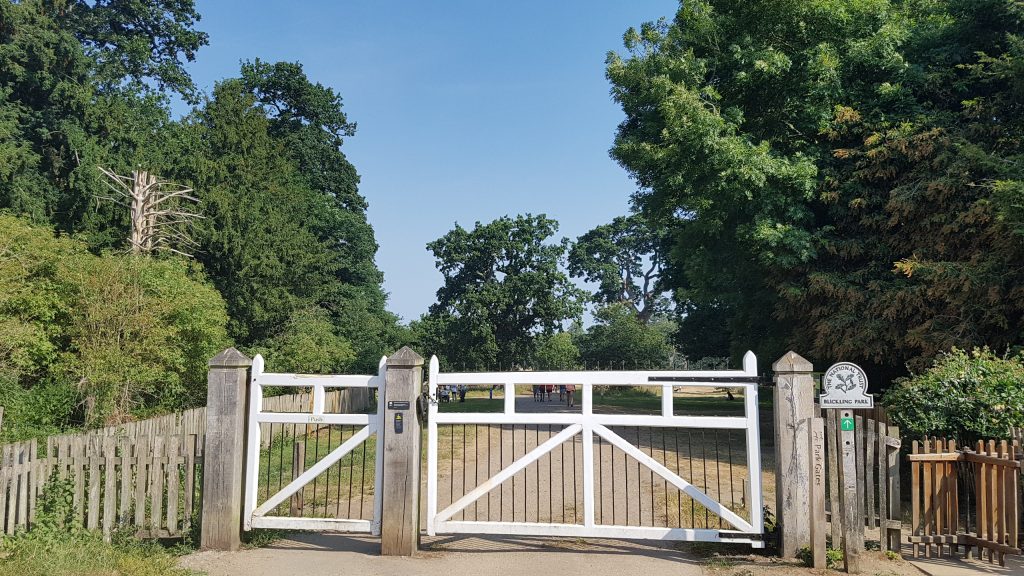 Today a visit to Norfolk, starting with parkrun at Blickling Hall, a large National Trust estate. After I’d had a little warm-up run, I stood guard over a frog as it gradually made its way from the danger area where runners were assembling towards the long grass where it would be safe. 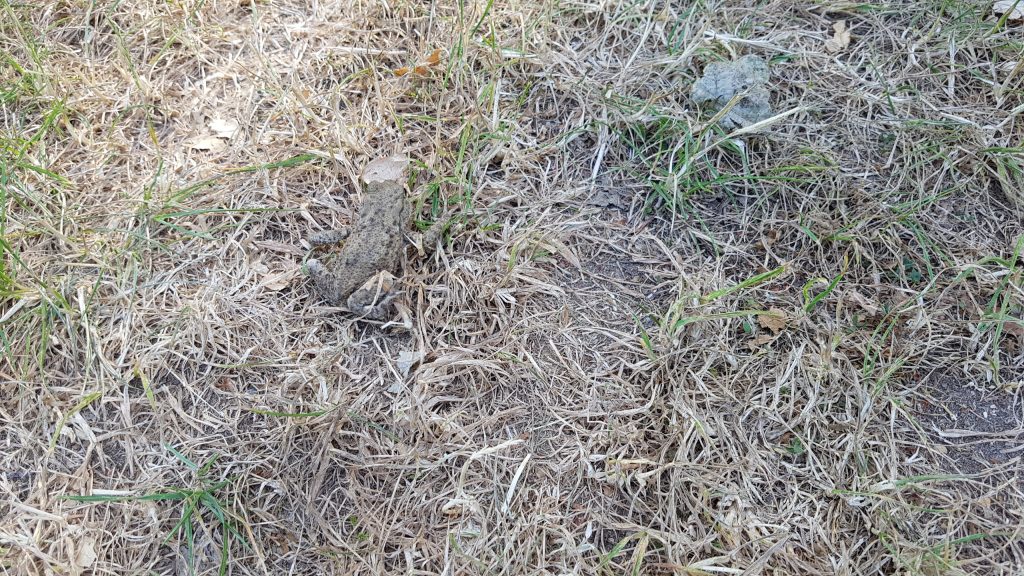 Once it was out of the way, the new runners briefer told us of the course, with what he described as a “Norfolk hill” to start with. 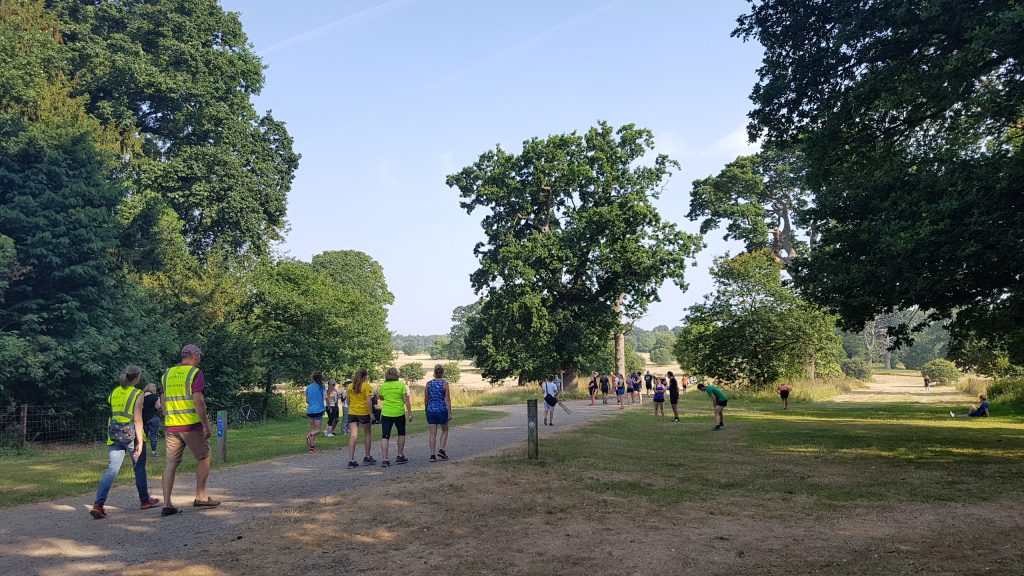 The main briefing advised that pacer-makers had been withdrawn because they considered it irresponsible to encourage people to go quickly – but if we really wanted to, they had trained first-aiders and resuscitation equipment. It was only 22 degrees, for goodness sake – warm, yes, but hardly hot. If people are affected by that temperature, slow down, but for those not significantly affected, just let them enjoy the conditions while they last.

We set off, and the runners in front of me pushed up a lot of dust into the air – it was worse than last week when I was passed by a couple of off-road bikes on a dusty byway. As we spread ourselves out while climbing the Norfolk hill, the dust dissipated and wasn’t a problem for the rest of the run. A lovely mix of gravel/dust paths across open grassland and through attractive woodland. Although with the steep mountains to climb, the loose surface underfoot, and the warm day, it wasn’t my fastest, I was pleased with my time of 25 minutes exactly. That was parkrun #96, at location #58. 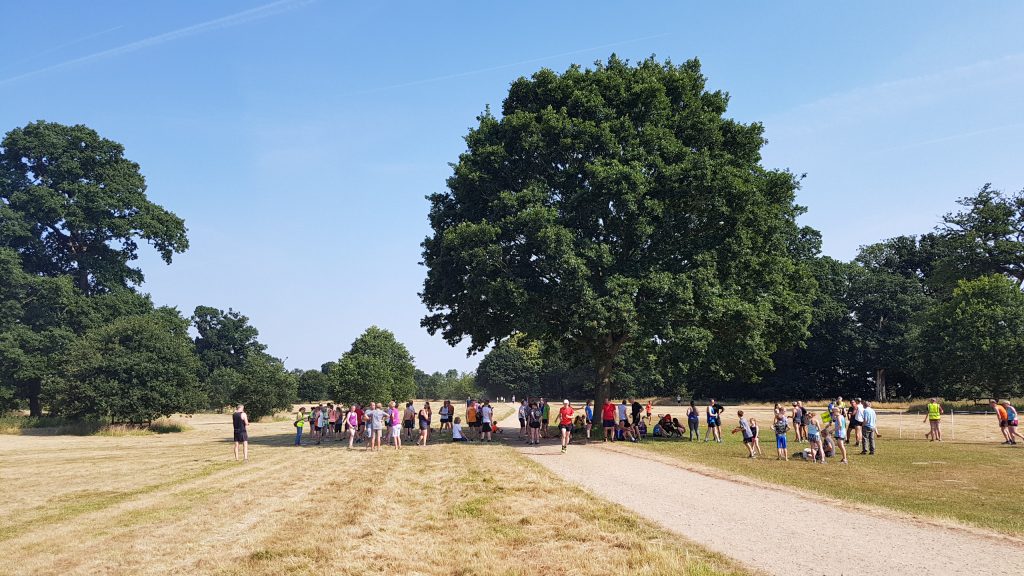 I then headed to the coast for a bike ride and then coastal walk to fill in the last bit of the Suffolk and Norfolk coasts as far as Hunstanton that I hadn’t walked. Glorious day for it, and I did the last 6km barefoot which was lovely though left me with sunburn on the top of my feet, a risk which I hadn’t thought of.